Bob Stilger
Bob Stilger, PhD, is an activist-scholar who explores social change, leadership and community building in these times of collapse and regeneration. Bob’s first work with collapse was in Zimbabwe in the early part of this century. He has worked extensively with communities in Japan where people are creating a “new normal” after the devastating Triple Disasters – earthquake, tsunami and nuclear explosions – of March 11, 2011. Bob’s book, AfterNow: When We Cannot See the Future, Where Do We Begin was published in Japanese in 2015 and then in English in 2017. Bob has worked with First People’s from across the world who have been forcibly displaced by climate crises. He’s carried this work into Northern California, after the fires and now with the nonprofit, NewStories, which he founded, has launched a regional initiative in the Northwest called Regenerating Communities. 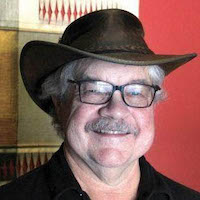