Jennifer Preston
Jennifer Preston is the Indigenous Rights coordinator for Canadian Friends Service Committee (CFSC), the justice arm of Quakers. She has served as an advisor to the Assembly of First Nations on international matters.
Jennifer received her Master’s degree from the University of Guelph and was a lecturer in Canadian Studies at the University of Waterloo. Jennifer participated in the UN Working Groups that developed the United Nations Declaration on the Rights of Indigenous Peoples and was involved in the intensive lobbying efforts to ensure the adoption of the Declaration in both Geneva and New York. Her work now focuses on implementation. She works closely with Indigenous Peoples' representatives and state representatives as well as human rights organizations in various regions of the world including at the UN Permanent Forum on Indigenous Issues and the UN Expert Mechanism on the Rights of Indigenous Peoples. She is a co-editor of and contributor to Realizing the UN Declaration on the Rights of Indigenous Peoples: Triumph, Hope and Action. For ten years she wrote the annual review of Canada for The Indigenous World, published by the International Work Group on Indigenous Affairs. Jennifer represented CFSC at the Supreme Court of Canada in the landmark Tsilhqot’in Nation case. Jennifer is the co-director of the newly established Global Indigenous Rights Research Network.
UNDRIP: Why It Matters 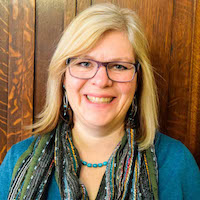