Paul Joffe
Paul Joffe is a member of the Québec and Ontario bars. He specializes in human rights concerning Indigenous peoples at the international and domestic level. In the early 1980s, he participated in the negotiations that led to entrenching Indigenous peoples’ rights in the Constitution Act, 1982. Internationally, he has been actively involved in standard-setting processes including the United Nations Declaration on the Rights of Indigenous Peoples; the American Declaration on the Rights of Indigenous Peoples at the Organization of American States; and the Indigenous and Tribal Peoples Convention, 1989 in Geneva. He also participated in negotiations on the Nagoya Protocol on Access to Genetic Resources and the Fair and Equitable Sharing of Benefits Arising from their Utilization to the Convention on Biological Diversity, adopted in 2010.
For the past three decades, Paul has represented the Grand Council of the Crees (Eeyou Istchee) and, more recently, the Cree Nation Government. He is a co-editor and contributor to Realizing the UN Declaration on the Rights of Indigenous Peoples: Triumph, Hope, and Action, and a contributor to Indivisible: Indigenous Human Rights.
UNDRIP: Why It Matters 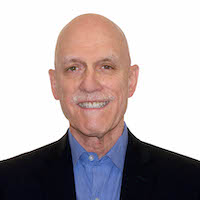