Michael Peterson
Michael Peterson is a documentary film director living in the Pacific Northwest of the United States. His love of the outdoors and passion for the preservation of the land, animals and those who live in it lends the imagery he captures to be timeless and relevant.
Prior to directing Dammed to Extinction Peterson directed The Rapid Decline of the Lower Deschutes River. This short film depicts the recent environmental tragedy taking place on this Oregon waterway. 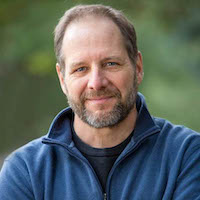