Bev Sellars
Bev Sellars is a former councillor and chief of the Xat’sull (Soda Creek) First Nation in Williams Lake, British Columbia. First elected chief of Xat’sull in 1987, she held the position from 1987-1993 and then from 2009-2015. Between her terms as chief she earned a degree in history from the University of Victoria (1997) and says “My “aha” moment came when I was taking European history.” This was followed by a law degree from the University of British Columbia. She has served as adviser for the B.C. Treaty Commission and a representative for the Secwepemc communities on the Cariboo Chilcotin Justice Inquiry in the early 1990s. Bev is currently the chairperson of the First Nation Women Advocating for Responsible Mining (FNWARM) which monitors proposed and existing mining operations in BC.

Sellars has long been an activist and spoken out on racism and residential schools and on the environmental and social threats of mineral resources exploitation. Sellars is the author of They Called Me Number One, a memoir of her childhood experience in the Indian residential school system and its effects on three generations of women in her family, published in 2013 by Talonbooks. The book won the 2014 George Ryga Award for Social Awareness, was shortlisted for the 2014 Hubert Evans Non-Fiction, and was a finalist for the 2014 Burt Award for First Nations, Métis and Inuit Literature. Her book, Price Paid: The Fight for First Nations Survival, published in 2016 by Talonbooks, looks at the history of Indigenous rights in Canada from an Indigenous perspective (see the interview in Prism International ). She was named the 2016-17 Distinguished Alumni by the University of Victoria.
The Residential School Legacy—And What Comes Next 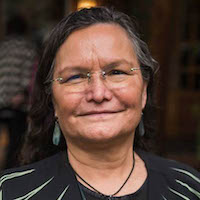